Our Doctors in Right Medical Centre 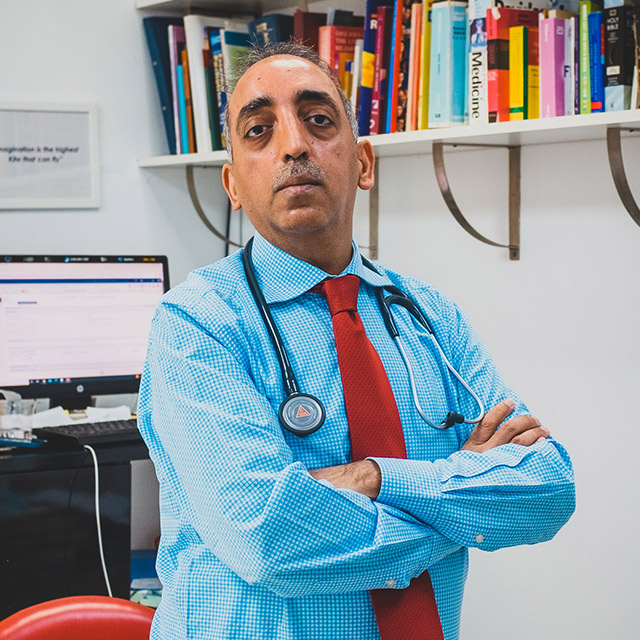 Dr. N.K. Gupta has been working in the UAE for the past 26 years since 1990, previously the Physician & Medical Director of Omran Medical Centre in 1990. He has a great experience in treating patients with hypertension, diabetes, hypercholesterolemia, asthma and other general ailments. He also does executive and pre-employment medical checkups. 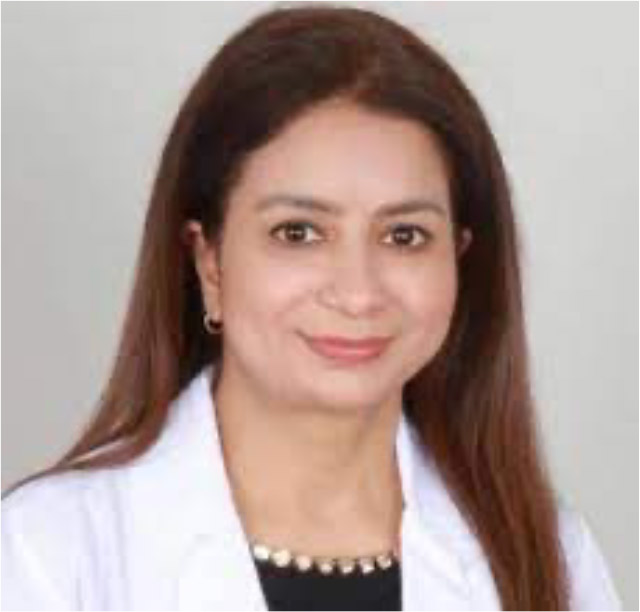 Dr. Azeem is a specialist gynecologist and obstetrician. She graduated from King George's Medical University, Lucknow, India, in 1999. Later, she completed her post-graduation in Obstetrics and Gynecology from (LLRM), India in 2007. Dr. Azeem has an extensive experience in the field of Obstetrics and Gynecology, performing the OPD and surgical procedures skillfully and confidently.

has been in the field of Orthopedic Surgery for the last 32 years. After graduation, Dr Biswas took his Master degree in Orthopedic surgery and completed senior residency program from Dr Ram Monohar Lohia hospital, New Delhi and thereafter, worked as a specialist surgeon in a multi- Specialty hospital at New Delhi and Saudi Arabia. He has special interest in Orthopedic trauma surgery, with long standing experience in fractures fixation both by conservative plaster method and by surgical method, and re-constructive surgeries involving soft tissues and hands & foot trauma. 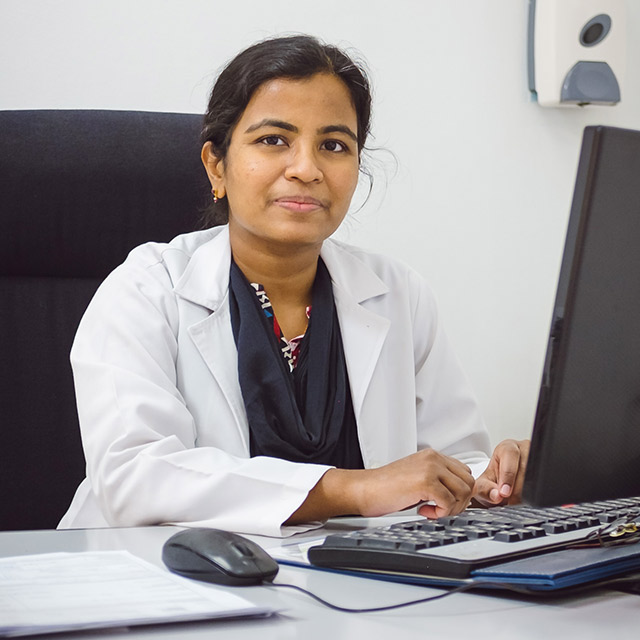 Dr. Sharon Kurian is a General Practitioner who had completed her MBBS from cooperative medical college, Cochin University. She had been working in leading hospitals in Kerala, India since 2013. She can provide primary care and management of various medical conditions of adult and children and is well versed in English, Hindi and Malayalam. 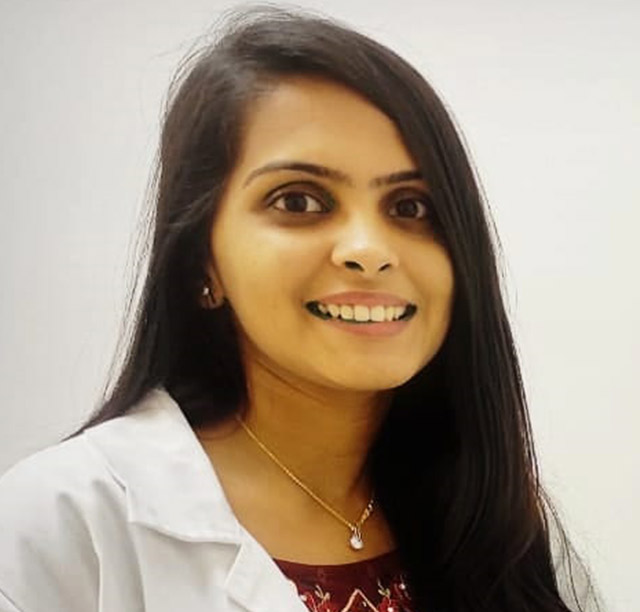 Professional solution focused dentist with over 5 Years of international experience in high volume dental practice in UAE and INDIA. Graduated from GUJARAT UNIVERSITY in 2016. Familiar with all latest treatment techniques in dentistry. Aspiration of instilling good oral hygiene that can ensure the CAVITY- FREE LIFE. Proficiency in Root canal treatment, Restorative procedure, Orthodontic procedure, Extraction, Crown & Bridge, Emergency Preventive Treatment, Teeth Whitening, Routine Dental Care and Aesthetic Dentistry. She considers that building smile is the art and everyone deserves to smile with confidence. 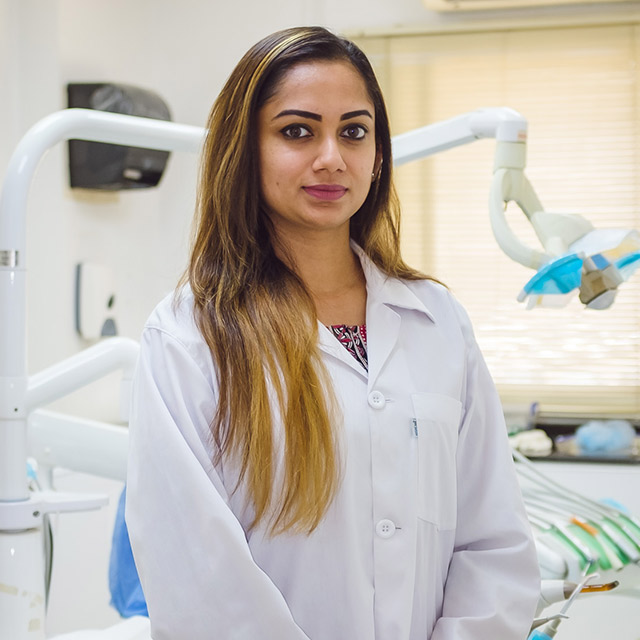 Dr. Reema Surej, who did her B.D.S from the Oxford Dental College, Bangalore, India (2009). She has gained 14 years of experience working in India & UAE. She has extensive experience in doing procedures like: Dental Restoration, Whitening Procedure, RCT, Composite Filling, Extraction etc. She can also undertake aesthetic dental procedures. 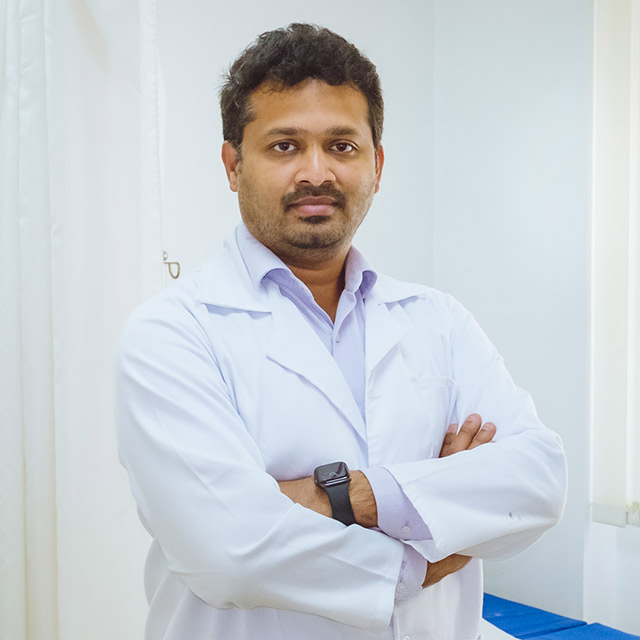 He has more than 13 years of clinical experience working in India, Srilanka and UK. Over these years he has specialized in management of orthopedic conditions, Spinal disorders, Sport injuries and Post operative Rehabilitation. He has also worked with Football & Rugby teams, Rowing club of Srilanka and Middlesex cricket county club, London. His sport and exercise rehabilitation background helps the patient to have a most effective rehabilitation strategy, which is aimed at get them back to full function and beyond.
Book Now